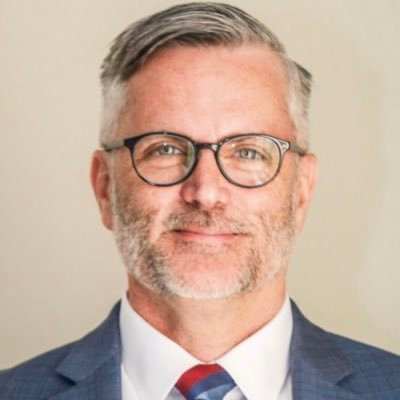 END_OF_DOCUMENT_TOKEN_TO_BE_REPLACED

Monday, March 16, 2020 at 5:00PM is the deadline to comment on Portland Bureau of Planning and Sustainability (BPS)‘s Draft Climate Emergency Declaration.

END_OF_DOCUMENT_TOKEN_TO_BE_REPLACED

On Wednesday, January 8, the Portland City Council passed a resolution authorizing a special elections schedule to fill a vacancy in office that occurred upon the death of former Commissioner Nick Fish. The election for the remainder of the Commissioner’s term will coincide with the City’s regular May 19, 2020 Primary Election. A run-off election, if necessary, is set for Tuesday, August 11, 2020, should no candidate receive a majority of the vote.

END_OF_DOCUMENT_TOKEN_TO_BE_REPLACED

From Portland Parks and Recreation:

Drainage repair work will begin September 10 at Harney Park’s playground, near SE 67th Avenue and NE Harney Street in the Brentwood-Darlington neighborhood. This work is funded by the ParksReplacementBond.org.

END_OF_DOCUMENT_TOKEN_TO_BE_REPLACED

UPDATE!  To welcome as many neighbors as possible,  we will be serving locally made tamales and providing a supervised activity for children in the adjacent room.

END_OF_DOCUMENT_TOKEN_TO_BE_REPLACED

Be informed about the proposed changes to City Code 3.96!

END_OF_DOCUMENT_TOKEN_TO_BE_REPLACED

The 82nd Avenue Study project looks at the development potential of properties along 82nd Avenue and identifies barriers that can be addressed in the near term with an eye toward long-term solutions.  A report summarizing the effort, the 82nd Avenue Study: Understanding Barriers to Development Draft Report, has been available for public review since December 2018.

Property owners and residents along parts of 82nd Ave can review proposed zoning changes and tell the Planning and Sustainability Commission what they think.  Click here to learn more!

Join family, friends, and neighbors at Paint the Town Green litter and graffiti cleanup on June 16 from 9:00AM to 1:00PM. We’ll be power-washing and painting over graffiti, scraping stickers off of street signs, and picking up trash along SE Division St., SE Hawthorne Blvd., and SE 82nd Ave. To sign up, go to solveoregon.org/paint-the-town-green and pick a neighborhood.

All training and supplies provided — and morning snacks and lunch, too!

Paint the Town Green is presented by KINK fm, Metro and the City of Portland Graffiti Program in partnership with the Brentwood-Darlington, Foster-Powell, Hawthorne-Division-Clinton, Lents and Mt. Scott-Arleta neighborhoods.

SE 50th Avenue Paving Project kicks off 2018 Fixing Our Streets construction season.  PBOT to invest a total of $105 million in capital projects, street repair and safety between now and September 2018.

In addition, PBOT’s maintenance bureau workers continue their ongoing, Fixing Our Streets funded work of guard rail replacement and base repair street replacement. Fixing Our Streets projects make up approximately 20 percent of the investments in Portland’s transportation infrastructure this construction season, with a total of approximately $105 million being invested in capital projects, street repair and safety between now and September 2018.

The Fixing Our Streets program, paid for by a local gas tax approved by Portland voters in May 2016 and a heavy vehicle use tax, is Portland’s first street repair and traffic safety program financed with local funding. 56 percent of Fixing Our Streets funding is invested in street maintenance and 44 percent is invested in safety improvements. The City Council ordinance included a project list that shows specific projects that are intended to be funded. The list of projects can be found at www.fixingourstreets.com.

About the Fixing Our Streets Program

The Fixing Our Streets program is the result of the passage of Measure 26-173, a 10-cent tax on motor vehicle fuels and Portland’s first local funding source dedicated to street repair and traffic safety projects. Passed on May 17, 2016, Measure 26-173 will raise an estimated $64 million over four years. PBOT will invest this money in a wide variety of street improvement and safety projects across the entire city. Fixing Our Streets will help PBOT expand preventive street maintenance that saves money and prevents potholes. It will support our work to make it safer for children to walk to school. It will allow us to build more sidewalks, traffic signals, street lights and bike lanes. The Portland City Council also unanimously passed a Heavy Vehicle Use Tax, for vehicles weighing more than 26,000 pounds, which will also fund the Fixing Our Streets program.